The newest McLaren that made its debut at the 2013 Goodwood Festival of Speed was the MP4-12C GT Sprint. The newest super car features a track-spec setup with tuned chassis, aerodynamics, forged wheels, and more.
0
Shares
0
0
0
0

Every year, the Goodwood Festival of Speed features the latest and greatest from British automakers and other companies from around the world as they try to impress the crowd with their new sport and performance-tuned models. The 2013 event will feature the latest McLaren MP4-12C model that is designed specifically for the racetrack and slotted between the race-only GT3 variant and the high-performance MP4-12C Can Am model. Called the McLaren MP4-12C GT Sprint, the super car will be designated only for use on tracks and feature an array of motorsports tuned modifications ranging from a specially designed aerodynamic body kit to lightweight forged wheels, and hardcore suspension.

The new McLaren MP4-12C GT Sprint is a high performance, track oriented machine designed to go as fast as possible around the racetrack. This is aided by a tuned version of the factory mid-mounted 3.8-liter twin turbocharged V-8. In the GT Sprint variant, the engine sends a total of 625 PS to both of the rear forged wheels through a seven speed dual-clutch transmission. The engine also features a new oil and cooling circuit complete with a GT3 racing radiator to ensure maximum reliability and performance at all times on the hot track.

One of the most important parts in making the new McLaren MP4-12C GT Sprint so proficient on the race track is its newly modified suspension and chassis setup. The entire suspension was modified so that the super car sits 40 mm lower for an optimum center of gravity and handles better. The driver can alternate between three driving modes with various ESP and damper settings for a specific track. Behind the new forged wheels is a set of high performance carbon ceramic brake discs. Pirelli racing slicks are worn by the central-locking rims, and can be easily removed by using the factory air jack setup.

Also aiding the new McLaren MP4-12C GT Sprint in its specially designed aerodynamics package that draws most of its inspiration from the MP4-12C GT3 race car. The front wears a new bumper with enlarged air intakes and an optional carbon fiber spoiler lip. New lowered side skirts run between the front and rear forged wheels and help reduce drag. A new carbon fiber diffuser and optional rear fixed wing help to maximize downforce and stability at high speeds. A special McLaren orange color is worn by the most of the super car except its carbon fiber aerodynamics.

Bicycle Insurance  Check the Best While Getting

Thinking Of Buying A New Car? The Pros & Cons of European Models

AAuto Sport
There are some people in Britain who will have cars that they use all the time, and then there are some people who only occasionally drive their motors
AAuto Sport
Ferrari rendered a new car model that has a very unusual name La Ferrari EVOXX.
AAuto Sport
Riding your favorite bike is one of the coolest things you can ever do  this is the thought of every youngster or in fact all the bike riders.
AAuto Sport
The Grand Prix of America has been run for a number of years, and its current home is at the Circuit of the Americas in Austin, Texas, where it is about to be run for the 2nd time.
AAuto Sport
People all around us love to lead a life in a highly comfortable manner. The nature of vehicle you use plays a crucial role in maintaining the comfort, and people used to buy a vehicle which satisfies all your needs and tastes.
AAuto Sport 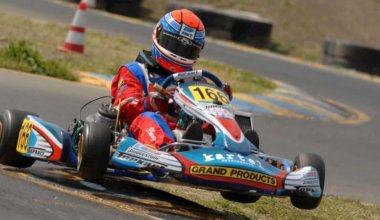