Las Vegas consumer electronics show is about to host another top car brand besides Ford. The latest to join the CES crowd in the City of Sins is Audi, whose engineers prepared a customized version of Sport Quattro concept we have had a chance to meet in the 2013. A study performed by Audi, named Sport Quattro Laserlight, has for a goal to introduce laser lights technology.

Even though fairly young, LED lights have already flooded the global market and it seems that Audi has in mind to come up with yet another invention in the field of automotive lights. Along with BMW, Audi has been experimenting with laser technology for some time now; hence we are to expect a handsome lightshow in Vegas.

Audi has announced that they have packed the laser lights into their Sport Quattro concept with a brand new Laserlight tag with which this car will appear at the fair in Las Vegas. According to Audi, laser front lights are three times more efficient comparing to LED, whereas their photons reach up to 500 meter distance. It seems that this year’s consumer electronics show in Vegas will be worth of attention to all the automotive fans.

MMotor Shows
Unfortunately, people like to do stupid things, especially with vehicles. These antics can be quite funny, however, as long as the individuals aren't terribly injured or killed in the process!
MMotor Shows
Tips on preparing to enter your car or truck into a show.
MMotor Shows
Nissan has announced that it is developing a small sports car that would be placed in the Japanese manufacturer below the model 370Z's. 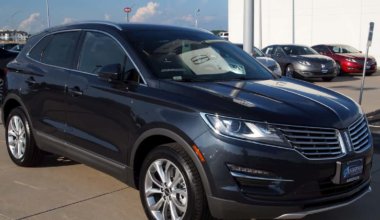 Read More
MMotor Shows
At the upcoming Detroit Motor, Lincoln plans to introduce a MKC concept that shows crossover future look.
MMotor Shows
Visiting 2013 Chicago Auto Show you will chance to see the newest technical innovation, new concepts, hybrids, electric cars and much more.
MMotor Shows
A complete, successful and standard construction depends on many factors. One of the most important factors that can be the deciding factor of time-bound quality construction is the selection of construction equipment.