As with each passing year a host of new highway safety and traffic laws make their way through the house and the senate and out to the general public.   2014 is no exception.  As new technologies are put into the hands of Americans, laws that once seem all encompassing can quickly become antiquated.  This was especially true back in 2007 when the country saw its first wave of distracted driving laws put into effect.  While 2014 sees its fair share of distracted driving law changes, there are also a few others that are set to get a facelift.

California saw a big change in its distracted driving laws.  Under currently passed law, novice drivers (anyone under the age of 18) are no longer allowed to use voice activated texting, hand-held or hands-free calling.  The latest changes make any use of a cell phone while operating a vehicle illegal under California law.

Illinois also became the 12th state to lay out a flat, across the board ban on using a cell phone while driving.  In addition to this ban, Illinois is also amping up penalties for individuals who had been using an electronic device right before an accident.

Just before the New Year, New Jersey passed an expansion on their distracted driving law stating that, engaging in any activity that is unrelated to the operation of a vehicle is subject to a fine.  These changes come in light of an increase in fatal accidents related to distracted driving.

Illinois also is set to see a five mile per hour change in how fast drivers are allowed to travel on rural four-lane highways.  However, the same law also lowers the limit to which drivers may be assessed excess speeding tickets.  As it stood in 2013, the threshold for fines was 31 mph over the limit. Now, in 2014, that limit is 26 mph.

Nevada is the only state in the US that is tweaking the way licensing and renewals are being carried out.  Instead of having to renew drivers licenses every four years, Nevada citizens will now be given the option to renew their licenses for up to eight years.

Child safety laws in New Hampshire are also being buckled down.    Children under the age of six and who are less than four feet nine inches are now required to use a child approved restraint.   This change in policy came in response to how the laws were originally designed.  When the original laws went into effect, they were designed to protect children who were under a certain height, not age as the law was later changed to.

Colorado is seeing a small change occur to the way their interlock devices are being issued.  If a motorist who lost their license for a year or more due to drunk driving, they may now apply for an interlock device 30 days after no driving.  If they motorist failed to take a breath test at the time of the arrest they will have to wait two months.  These interlock devices much remain on the car for two years.

The Best Cars for New Drivers

When buying a new car from a dealership, consider the following

CCar News
There is a serious problem in the trucking industry that everyone is talking about and lawmakers only seem to want to exacerbate.
CCar News 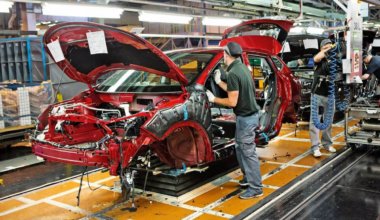 Read More
Table of Contents Hide How Much Does It Cost To Build A Car?How Much Is A Car Inspection…
CCar News
Superminis are now the practical option for those working to a strict budget and will continue to be so for the conceivable future.
CCar News
Streetcars and MAX Trains: Portland Public Transportation for Beginners
CCar News
The 6th incarnation of the famous Subaru Impreza is here.
CCar News
Tesla Model S recall affects more than 29,000 vehicles in the US. Read more to see what is the reason for recalling so many vehicles.