Toyota is conducting a Toyota Prius recall of its Toyota Prius hatchbacks of 2010-2014 model years. The vehicles were manufactured in the United States through March, 2009 to February 2014. Nearly 700,000 vehicles are affected by the recall.

The problem with the affected vehicles is that there is a fault in the motor control ECU and hybrid control ECU software. If this software fails to function properly, the transistors may get damaged. And if that happens, the car may enter a failsafe mode. Then, the driving power may be reduced and the vehicle may even come to a stop. Fortunately, there have not been any reports of injuries due to the problem.

The owners will have to take their cars to the dealers and the dealers will update the software free of charge. The automaker will contact its consumers and it will notify them about the recall soon. If you want to learn more about the Toyota Prius recall, you can call the manufacturer at 800-331-4331.

What You Should Look For On A Test Drive?

Read More
CCar News
This article is about one of the latest Ford recalls.
CCar News
Breakdown cover and services are a necessity for many individuals. If you have a few vehicles or just one car, you likely still depend on them to keep your life operating successfully. 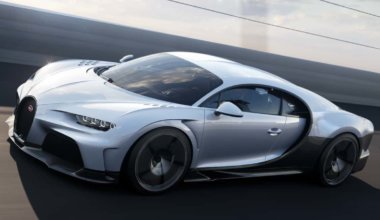 Read More
CCar News
Table of Contents Hide A Surplus Of Cash Meets A Shortage Of ChipsCar Prices Are Sky HighWhen Does…
CCar News
Earlier if you wanted to buy cheap and luxurious cars, you had only a few options satisfying your needs. Here we present you a list of new cars under 15000.
CCar News
The humble 4x4 has been helping farmers move livestock since the middle of the 20th century.
CCar News
Toyota fire risk issue affects about 36,000 vehicles in the US, Canada, Korea, Israel and other countries. The NHTSA is investigating the matter.