The History Of The BMW

credit for the image

BMW first came onto the scene in 1913 when the manufacturer began producing aircraft engines. Since then, the company has gone from strength to strength and is now one of the most respected vehicle brands on the planet. Bayerische Motoren Werke (BMW) produce some of the most inspiring, safe, and reliable cars ever made, and although the price usually reflects this adequately, thousands of British residents choose them every single year.

So, as the title of this article seems to have made you read this far, you probably want to know about how it all came to be, right? Well, BMW has a long and complicated history that spans the best part of the last century, and this week Ive been doing some research into their incredibly exciting success story.

Have a quick read through the rest of this post, and Ill attempt to highlight some of the elements that have been responsible for this carmaker becoming the household name it is today.

This was the model that thrusted BMW into the international limelight and restored versions sell for hundreds of thousands of pounds in the modern age. First released in 1936, initial sales were not particularly encouraging, but, over the following ten years, they managed to achieve global domination. Interestingly, in 1999 this model was voted car of the century thanks to its innovative design and features that have influenced many of the models weve seen on Englands roads since.

Thanks to western governments demands, for the most part of world war 2 BMW ceased making cars and motorbikes altogether as materials were scarce, and they had already won contracts to produce more aircraft engines and military vehicles. Some people claim that without BMWs efforts, the end result could have been significantly different.

By 1952, they had once again started producing civilian cars in the form of the BMW 501. Though this model was extremely successful and sold well over half a million units in the first few years, the manufacturer failed to make a profit.

First released in 1961, this was the design that turned BMWs fortunes around. Whilst it was still in production until the 1970s, its replacement and predecessor to the 3 series; the BMW 2002 firmly established the brand once more as a real international player.

40 years on and there are now more BMW vehicles in the world than ever before. Though most are very expensive to buy new, you can find 5 series BMWs for sale at very reasonable prices if you know where to look, and with hybrid models becoming available in 2014, BMW is leading the way in automobile design.

So there you have it my friends. I hope now youve learnt a thing or two about how this brand became so reputable and why so many people choose to stick with them through thick and thin. Personally, Im incredibly interested to find out what the future holds.

Qualities Your Breakdown Cover Should Have 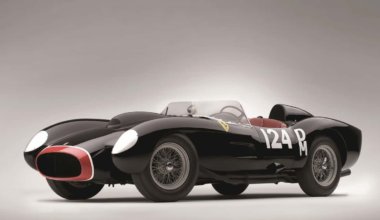