The Five Greatest 4x4s of All Time

The humble 4×4 has been helping farmers move livestock since the middle of the 20th century.
0
Shares
0
0
0
0

A long time before Chelsea was a popular place to live, let alone the bristling forest of Chelsea Tractors it is today. So which are the all-time greats, the 4×4 equivalents of the E Type Jag or the Ford Mustang? Have a look at these five contenders for the title – Greatest 4×4 of All Time

The Land Rover Series I

Launched in 1948 as part of a drive to help Britains ailing farms and light industries back onto their feet after the Second World War, the Land Rover Series I is the original production 4×4. It secures its place in the list by dint of its versatility and ruggedness  and because without it, there would be no Range Rovers, Discoveries or Defenders. Originally a traction engine with an armoured body, which was capable of running farm machinery through a coupling, the Series I Land Rover has explored Africa, breathed new life into British agriculture and seeded an iconic dynasty. Possibly the best ever 4×4.

In all fairness, there was a 4×4 before the Land Rover Series I  the Willys Jeep, an American military machine on which the Land Rover design was based. The CJ2 is the first civilian production model of the Jeep, and its lines can still be seen (though much larger) in the modern American truck.

Surprisingly small and cheery looking, the Willys CJ2 does what all good 4x4s should  it goes anywhere, it hardly ever breaks, and when it does you just pull out the smashed bit and put a new one in.

When it comes to mass produced domestic 4x4s, the Americans know how to make em. The Chevy Suburban looks the part, with its huge grille and giant body. Its engine delivers too, particularly in the V6 version.

The first generation of Chevy Surburbans ran from 1960-1966, and theyve rarely been beaten since for style and power. More a station wagon with massive wheels than a true truck, the Suburban is one of the original progenitors of the family SUV.

Jeeps signature model for decades, the Cherokee (now referred to as the Grand Cherokee) was a no-nonsense monster that went through several beautiful styles before finally succumbing to the modern craze for rounded corners. Big, boxy and insanely powerful, the Cherokee featured the option to tow in low differential, and had kickdown on the automatic gears to ensure a smooth transition of power to the wheels. The unmistakeable square grille is still a common sight in American films and TV programmes: Sherriff Carter drives one in A Town Called Eureka.

4x4s dont come much more desirable and effective than this. Unlike a number of its modern counterparts, the Range Rover retained true off roading capabilities into its third generation, and was at home scrambling down the side of a mountain as it was ferrying royals to their country estates. It had the grunt to pull a full trailer, and the interior comfort to transport a sleeping princess.

For information on legal road trailer use, read more here.

The Author is a motoring journalist whose blogs and articles have been published on more than 250 websites and home pages. He has maintained his own network off motoring blogs for the last 10 years, and his pages have grown exponentially in popularity  as well as being used by popular motoring advice sites, they are directly visited by over half a million enthusiasts every day.

All the ladies love pink - DS3s Make Over

CCar News
Audi A4 Car mats are essential accessories for the car as they help in sustaining the interior look of the car. These car mats come in different colors. Based on your taste you can choose a color that suits your requirement.
CCar News
Chrysler performs a Dodge Dart recall. More than 300 cars are affected.
CCar News
Nearly 733 model-year 2013 Mitsubishi Outlander Sport cars are affected by Mitsubishi recall. 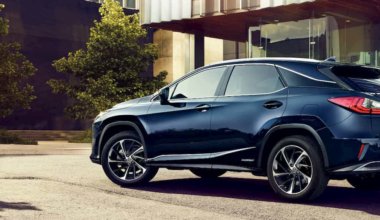 Read More
CCar News
Wing drag plays a major role in the fuel efficiency of a SUV. When a vehicle travels at a speed of over 60 mph, the engine typically consumes a lot more gas.
CCar News
The Wisconsin DMV decided to make its offices more easily accessible by updating the working hours.
CCar News
A motorcycle can be a cool ride but it is not all that much safe. It is a smart choice to follow motorcycle safety tips to avoid dangers of accidents and serious injuries that follow.