BMW airbag recall affects about 76,565 vehicles in the US. Affected are 3 Series, 5 Series, 7 Series and X5 crossover families. The affected cars are all of 2006 and 2007 model years. These vehicles are equipped with a special mat in the front passenger seat that manages airbag deployment during a collision or a crash.

However, the thing is that this system often malfunctions in some of the vehicles. As a result of system failure, the injuries and even fatalities may occur. The same issue has made Mercedes conduct a similar recall, either. Thus, BMW is now recalling its crossovers to fix the problem with the mats.

The dealers will be able to fix the affected cars only in March, 2014. If you are a BMW owner, you can contact the automaker at 800-525-7417 for more information about the BMW airbag recall.

Buying a Convertible with a Family

CCar News
Many buyers assume that a 4 x 4 is a workhorse, a labourer, a fusion of metal and drive that will always plough on through the rough
CCar News
Infiniti Q50 recall affects about 23 vehicles in the US.
CCar News
Catch up on all of the the new auto laws of 2014. From licensing to car seats.
CCar News
More than 1000 cars are included in this new Lamborghini and Bentley recall.
CCar News
Ford recalls more than 27,000 Edge vehicles. 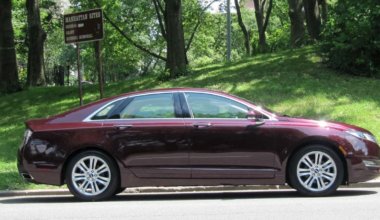 Read More
CCar News
This article is about one of the latest Ford recalls.