Most of the cars in modern world is equipped with the electric form of fuel pump systems because of certain advantages over the mechanical pumps.

The following article is prepared by Larry Buck is the CEO and the Founder of Larry Buck Inc, a auto/truck parts and accessories selling company. He shares new, exiting and informative discoveries found by surfing the net. Happy reading!

The electric fuel pump systems are much smaller and lighter as compared to it’s mechanical counterparts. This electric pump is generally placed inside the fuel tank. This is extremely useful because it helps to keep the pump cold from time to time and it ensures an ample amount of fuel supply which is steady and reliable as well. Since electric fuel pump systems are lighter, they are widely used and they justify the portability factor which otherwise would have raised a great sense of concern among people.

It deliver fuel at higher pressures:

The basic transition to fuel injections from carburetors has totally contributed to the downfall of mechanical pumps. This helped to build up the rise of electrical fuel injection systems which work exquisitely at fuel pressures which are definitely much higher than the pressure at which the mechanical pumps usually generate. This feature of delivering fuel at higher pressure makes electric fuel pumps very unique and makes it widely useful. The fuel injected engines in the modern world require gasoline to be delivered at higher pressure level.

It is often taken into account that mixing electricity with gas could be a very bad idea but locating the fuel pump especially inside gas tanks is actually very safe. This is because it helps to cool the pump and the gasoline constantly flows in the vicinity of the engine. Mechanical fuel pump systems however have pumps attached to the engine and they generally heat up the engine a lot which raises safety concerns. The pump in electric fuel systems is totally surrounded by liquid whereas in it’s mechanical counterparts it is totally surrounded by vapor making the environment explosive.

The electric fuel pump systems are highly durable and this quality help to improve the longevity of heavy duty cars and vehicles. ECU control unit which has been recently installed helps to switch off the pump whenever its not in use. Overheated engines in mechanical fuel pump systems often lead to engine failure and hindered the progress of vehicles. 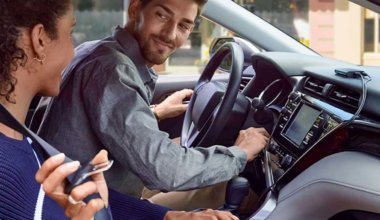