What Colour Cars Have The Most Accidents?

Follow the rules of the road and you should be fine. As long as you avoid texting, drink driving and speeding – there’s no reason why you’re more likely to have a serious accident than anybody else.
14
Shares
14
0
0
0

If asked what colour car is most likely to be involved in an accident, most people would instantly say red. There’s just something about the colour red – it is racy, exotic and sporty. Drivers with red cars tend to be drivers with very expensive cars. We judge them for this choice, assuming that they must be more reckless than those who drive white, black, green or brown cars.

The question is – can this assumption be true? Is there any validity to the idea that red cars have more accidents? Well, interestingly enough – it’s 100% inaccurate. Red cars are not any more likely to be in a collision or an accident than any other type of car. Black cars, however, tell a different story.

In a reveal that’s bound to astound most consumers, the Telegraph recently reported that black cars are almost 50% more likely to be involved in an accident. This finding is the result of a 20-year study that involved the records of more than 850,000 road accidents. A two decade analysis of this data has now revealed that black cars are the most dangerous. White, gold and yellow coloured cars are among the safest vehicles.

If it sounds a little farfetched, don’t worry. There is a scientific explanation behind the finding. If the researchers from Monash University in Australia are to be believed, the danger of this colour lies in its poor visibility. Black cars fail to stand out against the background of the road, scenery, and other traffic – this affects their overall safety.

The safety of a black car is decreased even in the daytime. During day light hours, a black car is still 12% more likely to be involved in a road accident. The probability absolutely soars once the sun has gone down. According to Daily Mail journalist Fiona MaCrae – grey, silver, red and blue cars are also quite poor when it comes to visibility.

It’s a fascinating revelation and one which could better our understanding of how the insurance industry works, says MoneySupermarket.com journalist Kevin Pratt. Might it be true that black cars are charged more expensive insurance premiums than white ones? What does this mean for the owners of black cars? Should they get rid of them as soon as possible, or is this just another case of automotive fear-mongering? For a reliable, affordable insurance quote.

It’s important to note that the researchers did find that colour is a much less important factor, than drink driving and speeding. In other words, it does matter but it might not be necessary for you to go out and get rid of your beloved black car. Do try to be cautious at all times whilst driving. If you do own a black car, make sure that your headlights are always in a good condition. If you can’t see the other drivers on the road – chances are, they can’t see you.

Follow the rules of the road and you should be fine. As long as you avoid texting, drink driving and speeding – there’s no reason why you’re more likely to have a serious accident than anybody else. It’s important to remember that motoring can be an inherently dangerous thing, but that doesn’t mean that you should always feel anxious on the road.

Author Bio: Carol Fisher has been an insurance broker for three years. She recommends for a reliable, affordable insurance quote, visit http://www.directasia.com/. Carol can usually be found advising clients on how to lowering their premiums.

DO YOU NEED TO SELL YOUR CAR FAST WHY NOT TRY DEALS4YOURWHEELS.COM 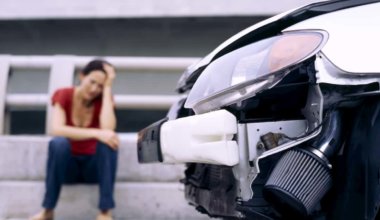 Read More
Although driving is convenient, it's also an activity that can be dangerous.
IInsurance
Every year individuals pay thousands of dollars for an expensive automobile and then the vehicle ends up sitting out in the weather, exposed to all kinds of elements.
IInsurance
Is money tight? Maybe it's your insurance that is sucking up too much of your money. Here's 5 easy ways you can keep your Auto insurance low!
IInsurance
Trucker insurance can be quite a costly addition, however here are some tips to lower the cost.
IInsurance
Auto insurance is necessary to legally drive a car anywhere. Most insurance companies offer free online quotes to determine how much you can save when shopping for coverage plans.
IInsurance
Motor vehicle insurance is mandatory in every country, the difference is in the set regulations that determine the amount of coverage a vehicle will have.