A lot of social pressure is put onto mens shoulders in regards to the car they drive: especially when they have a high social status, it is almost mandatory for them to show off their money with a beautiful car. However, people do not always want to spend like crazy on a brand new Porsche or, at the very least, a BMW!

Few people think about acquiring used luxury cars: is it because rich people dont like using other peoples leftovers? Theres nothing wrong in driving a used Porsche, though; when put in front of this alternative, most people would ditch their car in a heartbeat to get it.  Used luxury car dealerships only need to spread the word out a bit more.

A regular Porsche Carrera convertible actually costs between 96 200$ and 172 100$, depending on the strength of the engine and other accessories that are included in the vehicle. On the website of Courtier Auto Laval, a retailer of used luxury cars, youll get a 2008 Porsche Carrera  with pretty low mileage  at only 67 995$. This is a 29% rebate in comparison to the cheapest model and you are still getting a top quality, almost-new car.

Should you feel bad because the Porsche was built in 2008? Except if you are a technology geek, you wont see much of a difference.

It is said that luxury cars lose their value much faster than a regular vehicle during the first 5-6 years of possession. As we said before, rich people do not like other peoples leftovers if you can get out of this mentality, though, you can abuse the market!

Lets look for alternatives that are a bit cheaper. The BMW is recognized to be a durable, yet very good-looking car. Businessmen will often drive this kind of vehicle in order to prove that their company is doing well. What if you could get a 2007 BMW for only 14 000$? Yes, you might end up with a higher mileage (75 000 miles in this example), but it will attract a lot more attention than a 2010 Corolla.

Sometimes, you might have a hard time finding the exact vehicle you are looking for. Some companies can offer you head-hunting services  for cars. Youll tell them the exact model you want and, after some them, they will able to serve it to you on a silver platter.

Kia is recalling 96,000 Vehicles due to Suspension Problem

BBuying a Car
Diesel SUV's are back and better than ever!
BBuying a Car
Purchasing a starter car is an exciting and sometimes overwhelming process for new drivers. Many new drivers are young, without an established driving record or credit history. This can make obtaining financing difficult, and insurance costs may be quite high to match.
BBuying a Car
People generally wait eagerly at the beginning of every year for famous car manufactures to come out with their latest products. However, it is not too often that you actually get to see some good-quality cars in the market.
BBuying a Car 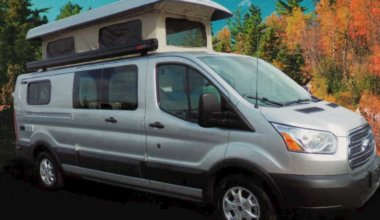 Read More
We are now seeing a greater number of custom vans on the UKs roads and country lanes. These customised vans vary greatly, but the most popular are generally camper conversions designed for holidays and long
BBuying a Car
Clever Tips for Purchasing Campervans
BBuying a Car
Used car dealerships and sellers are notoriously known for trying to wangle ridiculously high asking prices.