Land Rover North America is conducting a Range Rover recall. Affected are Range Rover SUVs of 2013-2014 model years. It should be noted that about 3,912 vehicles are affected by this voluntary recall.

The automaker is conducting the recall due to the problem with the connector for the seat-mounted airbags that may detach not letting the airbag deploy in the event of a collision. However, the thing is that the dash and steering wheel airbags do not have this problem. Only driver and passenger seat side airbags may malfunction. However, the issue is serious enough for the automaker to start a recall.

Land Rover North America will start sending consumer notification letters on January 17, 2014. The dealers will repair the defective cars free of charge for the affected owners.

If you want to know more about the Range Rover recall, you can contact the automaker at 1-800-637-6837 for more details.

When Youve Become Involved in a Traffic Collision

The Benefits of Turbo Kits

CCar News
As diesel fuel costs continue to fluctuate, what impact does this have on the trucking industry?
CCar News
Many people such as sales reps spend a lot of time out on the road, and for those folks it means a large portion of their day is usually spent sat inside their cars, making phone calls and going over notes from the meeting they have just attended with their customers or suppliers.
CCar News
Volkswagen has issued a massive recall worldwide.
CCar News
Graco child seat recall affectes about 3,8 million units.
CCar News
Firstly, before revealing the best features of this vehicle, it is imperative to explain what type of car the Toyota RAV4 2013 actually is. 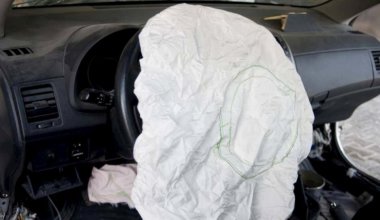