In Search of a More Fuel Efficient Truck

A look at the current truck market’s fuel ratings and gas mileage, and what is on the horizon for next year.
0
Shares
0
0
0
0

Is it possible to build a powerful truck that is more fuel-efficient or even, dare I say it, green?

So far, the ideal has not yet come to pass. Even the most fuel efficient pickup for 2013, the Toyota Tacoma (according to MSN’s article on the subject), only gets 23 mpg combined – 21mpg city and 25 mpg highway.

But there is a lot to be hopeful for in the near future. The search for a more fuel-efficient pickup truck has been on for a few years now, especially among American car companies.  In 2009, Ford developed the F-150, which featured an optional “EcoBoost” engine, which provided V-8 power but boasted an EPA rating of a V-6. This year, however, that 4-wheel drive model only rated as the 13th most fuel efficient, while the V-6 version without the EcoBoost came in at number 8.

Still, 2014 looks greener for American carmakers.  According to Green Car Reports, Ford, Chevy and Chrysler are making headway towards that goal.  The Silverado expects its 2014 V-6 option model to surpass anything they’ve come up with in the past.  Ford continues to bank its F-150. Though they haven’t improved the model, the sales of the EcoBoost option on that truck have picked up nicely. And since the F-150 is due for a remodel, it will be interesting to see what they come up with in 2015.

However, most promising is the RAM 1500, featuring the new EcoDiesel, a turbocharged, V-6 diesel.  Engineering News Record (ENR) reports this first half-ton diesel engine will get about 27mpg, blowing away its competition in terms of efficiency. However, the great gas mileage comes at a hefty price – $4,500 more than the RAM’s base engine. What buyers are saving on fuel may not pay off in the long run.

Also on the horizon is the 2014 Chevrolet Colorado, which may offer a diesel option and is expected to get very good fuel economy on its own. That truck is due to be released later this year. And while this year’s Silverado and Sierra hybrids rank high in fuel efficiency, 2014’s non-hybrid full-sized models are expected to reach as high as 24mpg highway with far more capacity and horsepower than the hybrid models, which will not be offered in 2014.

As far as lighter duty pickup trucks, there is some news. Ford and Toyota had been working together to create a hybrid truck, however, they recently announced that they each pursuing the technology on their own.  Ford expects to have their hybrid systems ready at the end of the year, with Toyota releasing several models in 2015. It will be interesting to see how that challenge turns out, and what kind of fuel efficiency and quality both companies will offer.

With foreign cars still giving a run for the money in this field, the American auto industry seems to have stepped up to the challenge of creating more fuel-efficient trucks.  The next few years could see a real shift in how pickup trucks are designed, and have the lasting effect of saving the public hundreds of dollars a year in fuel costs – and working towards a cleaner environment even with heavy duty truck usage.

To keep your current truck running its best, invest in quality parts like those from CarolinaClassicTrucks.com, and make fuel efficiency a priority in your future truck purchases.

Auto Glass Repair, How it Works

The Best Time to Buy a Car

GGreen Cars
If you are used to repairing standard gas powered vehicles, there are a few things you will need to know when you repair an electric car.
GGreen Cars
We are consistently looking to improve upon automobile fuels. Desirable fuels are those that provide power with minimal impact on the environment, are renewable, and that are not harmful to humans. This article covers a few of the possibilities.
GGreen Cars
What are the future alternatives for car fuels and how will they impact the environment - we take a look
GGreen Cars
This article talks about the Model S and describes some of its most desirable features. From the impressive specs of the engine and the battery, to the smart start feature and touch screen navigation.
GGreen Cars 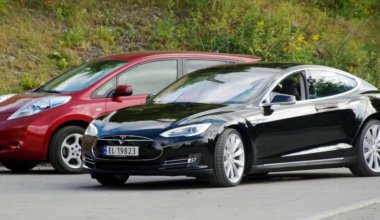 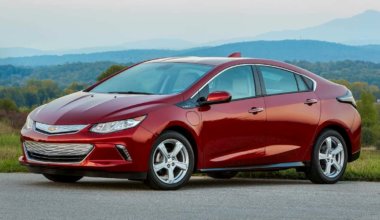 Read More
Many Chevy Hybrid owners are pleased to learn that routine maintenance for the popular eco-friendly vehicle differs little from traditional vehicles.