Cars excite. Cars thrill. Humans  particularly males  appear to have almost evolved to love cars. Its built into the majority of mans psyche. The designs of cars and how they perform ignite something in people that makes us go weak in the knees. This article aims to whet peoples appetite and take a look down memory’s most recent lane  and get excited all over again by cars from the last decade or so.

The Spider looks great; however, it comes at a price. Youd have to re-mortgage your home to afford one. The Alfa Romeo 8C Spider costs around as much as your average semi-detached house.

Unfortunately, the car may look great, but it doesnt drive quite as well as you may hope. It still drives well, just not as well as you were expecting. Poor surfaces can make the handling unruly; however, experts agree the car is still a composed piece of driving machinery. This car is truly one of Alfas masterpieces.

The Mini Cooper is a much-loved car in Britain, and that love has spread worldwide. Its an iconic car that stands out from the crowd. Driving is blissfully easy in this beauty, and its probably the only hatchback that gets people really excited.

Now, not many people would claim that the Mini Cooper is a better car than the original Mini, but is that just because people have such a fond nostalgia of the car? And Im sure Michael Caine helped, too. The Mini Cooper is still much loved. Its wholly different from the original yet strangely familiar.

And now for something more modern. The Range Rover is almost as iconic as the Mini, but now it has had a facelift. It has a sleeker design, meaning the new look fits in around the streets of Milan to the muddy countryside of Britain. Plus, along with the redesign, the car has been on a bit of a diet. The new Rover weighs in at around 420 kg lighter than the previous TDV8 Range Rover. This leads to a much more economical car.

Sell your car and speed away in something more stylish.

Now, perhaps when you peer out of your window and see your little Renault Clio or Peugeot 106,  you may be slightly unhappy. You do have the option to sell your car and buy something more stylish, classy, and modern. Perhaps trading in a Clio for the Spider would be a little pie in the sky; however, a Mini Cooper is well within your grasp and is definitely something to consider.

Road Rage: How to Keep Your Cool on the Road

Buying Vs. Leasing a Car

SSelling a Car
Oil is the backbone of modern life. It is in the food we eat, the houses we live in and the cars we drive. One of the most important commodities in the world is oil. For 150 years we have been extracting it from the ground, it is the easy and economical fuel that makes the modern world possible.
SSelling a Car
Today, companies that are in the business of dispensing cash for cars are secondary industries to the automobile sector.
SSelling a Car 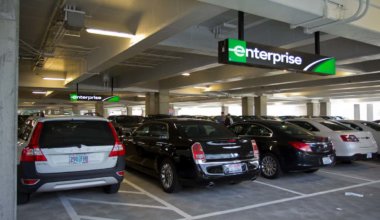 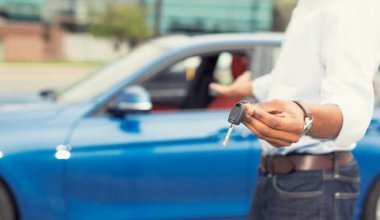 Read More
Are you thinking about selling your car? Have you considered some of those auto magazines with their flashy advertisements or have you pondered about trading in your car as part of a part-exchange scheme? Cant think of an alternative? Why not visit www.deals4yourwheels.com to sell you car FAST!
SSelling a Car
Selling your car takes some consideration - these are the mistakes not to make
SSelling a Car
You want to change your car because it's old or you liked some other vehicle? Then take a look best guide how to sell my car!