The new BMW M135i was given a new set of COR Wheels, engine tuning, and chassis upgrades by Tuningwerk to make it a thrill to drive!
1
Shares
1
0
0
0

While the M-brand of cars at BMW may sweep headlines with their massive power outputs and incredible performance, there are still a great deal of other cars in the Bavarian automakers lineup that are still fun and exciting. One of those cars is the BMW M135i (F20). The new second generation sports car may not have the same tools as the BMW 1 Series M Coupe that preceded it, but one aftermarket tuning company in German is looking to change that. The team at Tuningwerk decided that they wanted to give the new M135i a great deal of performance through a new upgrade program. They installed new engine modifications, special chassis upgrades, lightweight forged COR Wheels, and a couple of interior goodies to make it fast, dynamic, and powerful.

Not a great deal of attention was paid to the exterior of the car as the main focus was beneath the sheetmetal. Here, the team wanted to make the BMW M135i more of a shower than a looker.

The team first got to work on the sports cars drivetrain. The turbocharged inline-six cylinder engine with over 300 horsepower stock was modified with the goal of putting over 400 horsepower to each of the rear COR Wheels. To achieve this, Tuningwerks engineers installed a new turbocharger to generate more boost along with a larger downpipe and 200 cell catalytic converter to reduce backpressure as much as possible. To help keep temperatures regulated, the team also installed a new intercooler and water cooler. A cold air intake also helps keep cool air flowing. The final step was a new ECU tune that ensured everything worked in harmony. In the end, a total of 444 horsepower is created by the engine.

Parts of the drivetrain were also modified in an effort to provide maximum performance. The six-speed manual transmission was outfitted with a lightweight clutch while a new two- or single-mass flywheel can be installed that weighs considerably less than the factory components. Helping keep the rear COR Wheels from losing grip is a limited-slip differential.

To improve handling and dynamics on the BMW M135i, the Tuningwerk team installed a new KW suspension with three different adjustable variables for the perfect setup for a given situation. The brakes were upgraded to new OEM M Performance calipers with Tuningwerk race pads and lines. New COR Wheels made from forged aluminum alloy were also installed in an 18-inch diameter as well.

Inside, the Tuningwerk team outfitted the cabin with new racing seats and a welded roll cage for protection.

Should You Buy Your Teen Their Own Car

Changing Seasons, Changing Prices: The Best Time of Year to Sell Your Car

TTuning & Styling
Whenever we travel in an airplane or we end up sitting in a car, bus or train for quite long then we end up looking really tired and fatigued. All we want is to look really great when we land to our destination but happens hardly this way.
CCar Parts & Accessories 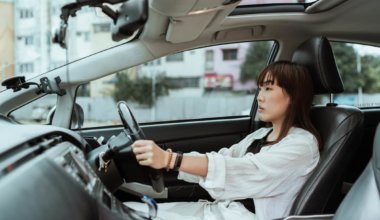 Read More
Table of Contents Hide Why Does My Car Shake When I Brake? Worn Out Brake PadsCorrosion In The Braking…
TTuning & Styling
But you like one type off cars more than others, tuned and modified cars, they make you blood go faster and faster.
TTuning & Styling
Today I found the best tuned (clean) Audi S4 and decide to share it with you.
TTuning & Styling
It's known that all car makers promises spectacular customization options for their models, but this time Carlex offer us something completely different it's The Ripper.
TTuning & Styling
The newest generation Chevrolet Corvette Stingray may have only been out for a short period of time but the team at Hennessey Performance is already at work with a 500+ horsepower upgrade with engine modifications, forged Corvette wheels, and other accessories.