Throughout the history of Porsche, motorsport has always played an important role in the development of their sports cars, especially the 911. The 911 has captured hundreds of racing wins, titles, and championships throughout its 50 year history and that experience gained has translated into spectacular road cars for the public. The Porsche 911 GT2 RS was the epitome of turbocharger technology and motorsports experience when it first came out and it was only limited to a mere 500 units across the globe. Needless to say, the cars sold out very quickly and prospective customers were left with only the standard 911 GT2 model for purchase. Well, one German aftermarket tuning company wanted to give these owners that missed out the chance to experience the overwhelming power of the supercar, so they designed a full upgrade program. Called the Clubsport, the new 911 GT2 upgrade program includes engine tuning, lightweight forged wheels, and new GT2 RS style body work.

One of the most exciting and thrilling aspects of the Porsche 911 GT2 and GT2 RS is the turbocharged engine. The twin turbocharged 3.6 liter flat six cylinder engine features all of the latest and greatest turbocharger technology from the German automaker to push the engine to its very limit and spin the rear forged wheels with ease. The German aftermarket tuning company was able to create a tuning program that could extract even more power from the turbocharged engine. The team first added a new pair of larger intercoolers from the GT2 RS and modified them to improve efficiency. They tehn installed a Sachs racing clutch to handle the added increase in power. A new Akrapovic exhaust system made from stainless steel was fitted with new manifolds and catalytic converters to optimize backpressure even further. The finishing touch was a new ECU tune that helped increase output to a total 680 horsepower and 880 Nm of torque to the rear forged wheels. This enables the supercar to reach 124 mph from rest in only 8.4 seconds and 186 mph in a mere 21.3 seconds. From 62 mph, the new 911 GT2 Clubsport can hit 124 mph in only 5.1 seconds.

In order to handle the large increase in output, engineers first decided to install a new set of lightweight forged wheels made from aluminum alloy. The one-piece, center-locking rims were installed in a 19-inch diameter with a wider size than the factory models. The forged wheels were then equipped with ultra high performance Dunlop tires to ensure maximum grip and traction.

The final modifications for the 911 GT2 Clubsport came in the form of new body work. The supercar was given the OEM GT2 RS rear fascia and LED taillights.

Turning Your Classic Car Into Profit

TTuning & Styling
DP Motorsport has taken a classic Porsche 911 to another level of style and performance with their latest upgrade conversion that sports lightweight modifications, more power, forged wheels, and more!
TTuning & Styling
While choosing the right car paint fit for the car type you have, a number of guidelines are worth looking at especially if you are a beginner in automotive usage and care 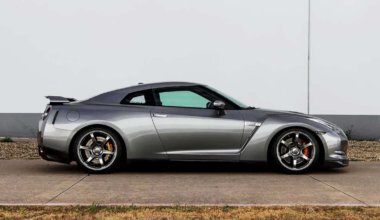 Read More
TTuning & Styling
Tuning company Jotech Motorsports has unveiled a specially modified Nissan GT-R which is designed for the Brazilian consumer.
TTuning & Styling
XXX-Performance has teamed up with Chiptrick to create a high performance Audi R8 that is capable of incredible power. The new upgrade includes a twin-turbocharger setup, forged wheels, carbon fiber, and more!
TTuning & Styling
The new BMW M135i was given a new set of COR Wheels, engine tuning, and chassis upgrades by Tuningwerk to make it a thrill to drive!
TTuning & Styling
The Range Rover has undergone some new design changes and one British company was the first to redesign the new model with new body work, concave truck wheels, and refreshed interior.