In this technique, a connection is made between a car with a charged battery and the one with the depleted battery and in doing so the dead battery will receive some charge from the good one and you will be able to turn on the car engine.
0
Shares
0
0
0
0

Jump starting is a technique used to start a vehicle that has stalled due to a dead battery.

In this technique, a connection is made between a car with a charged battery and the one with the depleted battery and in doing so the dead battery will receive some charge from the good one and you will be able to turn on the car engine. This is a simple technique that all drivers must possess knowledge about since you never know when the car can stall and require you to jump start it.

Before jump starting a car, you need to have a few items to enable you to do this safely. You need a good set of jumper cables, a good set of hand gloves and safety glasses and you should have the cars positioned in a distance that will be conveniently reached by the jumper cables, preferably head to head facing the opposite directions. Once this is done, follow the procedure below.

1. Ensure that both cars are switched off and there is no electrical gadget that is on before embarking on the jump start. If there are portable devices connected to the car, disconnect them too or else they may be fried by a surge from the batteries.

2. Put on the pair of gloves and the protection glasses and then open the hoods of both cars.

5. Before you move to the next step of jump starting the car, look through the connections to ensure that they are securely held. Also, make sure that there are no parts moving loosely around.

7. After you start the car with the dead battery, you will now have to remove the jumper cables. This is done in the reverse order. Start by removing the end connected to the metallic plate before removing the other parts. Thats all.

The process of jump starting a car is indeed very simple, but if you discover that your battery needs jump starting regularly, then you may consider replacing the battery. Old batteries do not have the capability to hold enough power to start a vehicle hence the need of a constant jump starting.

You can find more useful information and tips from Falck Roadside for jump starting a car (or as the Danes say Falck Roadside starthjælp) on this website. 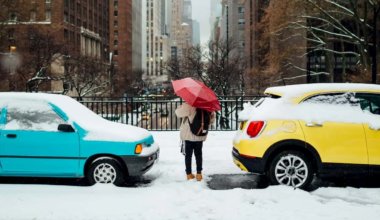