Hondas comeback in the F1 circuit

Being active in racing championships has always been a great way for car manufacturer to make them known and to attract racing fans to their brand. It is, though, a very expensive endeavor that only the strongest companies can afford. Back in 2008, during the worldwide economic crisis, Honda had to announce that it would pull out of the championship because it could not afford to spend 300 million pounds anymore on the competition.

In the last few months, though, Honda made many fans happy by coming back on its decision: 2015 should mark the arrival of the Japanese giant as an engine supplier for the different F1 teams.

Honda started as a racing team

Hondas involvement in the F1 circuit actually started in 1964 when they launched Honda Racing. Building its own chassis and engine, the company was then a major player of the championship. Sadly, it star dimmed very suddenly when Honda driver Jo Schlesser died in a car crash during the 1968 championship. The manufacturer made a very harsh mistake back then: it launched a model, the Honda RA302, which was deemed unsafe even by its own pilots. In the second lap of the French Grand Prix, the car crashed and instantly caught on fire, killing its occupant. When the other driver refused to drive the same model on the next Grand Prix, Honda decided it should get out of the circuit.

Honda came back in F1 in 1983 as an engine supplier, the same role it will hold in 2015. It had a very successful story with McLaren as its two drivers, Ayrton Senna and Alain Prost, won almost all races during the 1988 Grand Prix championship. They were also very strong during the following three years, but Honda decided to leave again in 1992.

In 1998, Honda sincerely thought about coming back but couldnt quite make it due to a natural casualty in the team that was in charge of the project. It didnt wait too long to come back again, though: in 2000, it took again its role as an engine supplier to work with BAR and Jordan Grand Prix. After two seasons with the latter, though, Honda decided to drop Jordan Grand Prix to focus on BAR. They bought 45% of BAR in 2004 and achieved amazing results, reaching the second position in the Constructors Championship and a third position in the drivers standings with Jenson Button. Honda bought the rest of BAR in 2005 and rebranded the team to make it Honda Racing F1 Team. Then came its exit in 2008, which could also be credited to unsatisfying performances.

Honda and F1 today: what will happen next?

It seems that Honda could not refrain itself from coming back to Formula 1: this love and hate relationship will therefore continue, starting from 2015.

Honda announced in the last days that its racing base would be launched in the United Kingdom at Milton-Keynes, 80 kilometers away from London. Many reasons could explain this choice of the Japanese constructor. First of all, McLaren is currently based in the UK: this willmake easier a future partnership between the two previous allies, as it was already announced that McLaren would shift to Honda’s engines. The same situation prevails for many other F1 suppliers; Europe is, after all, the cradle of the F1 Grand Prix Championship. As of right now, 7 races are still taking place within the continent, even though the Italian Grand Prix is facing threats from Bernie Ecclestone.

Honda could also use its new foothold in Europe to develop its brand and compete with Renault, Citroën and all the other strong car manufacturers that currently lead the market. A strong European presence would definitely help Honda, which is quite far from its North American or Asian popularity there.

First engine tests could take place at the beginning of 2015, if we listen to what Yasuhisa Arai, boss of Honda Motorsports, is saying.  The manufacturer doesnt want to rush the production of the engine and have a lackluster come back in the championship; after all, it faced enough hurdles so far!

Charles Bernard is a sports blogger that writes for a company offering Monza grand prix packages to racing fans around the world. 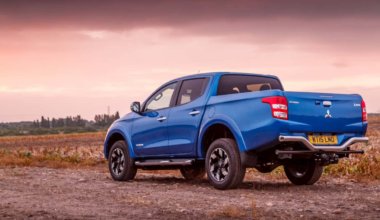 Read More
When we think of automotive modifications, we normally think of stuff that we can adapt or change on cars or even motorbikes.
AAuto Sport
The Grand Prix of America has been run for a number of years, and its current home is at the Circuit of the Americas in Austin, Texas, where it is about to be run for the 2nd time.
AAuto Sport
Reasons Why Public Transport Sucks In The UK
AAuto Sport
British Caterham will debut this summer at the famous race 24 Hours of Le Mans, and its color will wear Z11SN Zytek-Nissan.
AAuto Sport
Your truck may come with an open bed but did you know that by adding a hardtop you can realise benefits that include improving the performance of your petrol?
AAuto Sport
Endurance Racing is one of the ultimate and purest racing you can do. It's more on the strategy your car's performance and drivers skills to the point of fatigue.