Classic cars are usually defined as cars that are several decades old which are obviously no longer in production.
0
Shares
0
0
0
0

The term can also be used to describe old cars that will have some kind of financial value attached to them, and often enthusiasts of such cars will usually buy them both as a long-term project and also as a long-term investment.

I know cars arent usually considered to be investments given that they typically depreciate in value, but depreciation usually slows down or stops completely after about 10 years or so. There are some classic cars which actually appreciate in value rather than depreciate, such as the iconic Jaguar E-Type sports car from England.

The purchase of a classic car should be one that provides you with many years of enjoyment, and for those interested in completely restoring their classic car, can also provide a great sense of achievement too.

If you are seriously considering buying a classic car to serve as a reminder of certain motoring-related aspects of your salad days, and to also offer you an extra source of money during the later years of your life, here is an expert guide for newbies that you need to check out!

Before you set off on your journey to classic car happiness, the first thing you need to do is raise the boring subject of money with yourself! Classic cars all have some kind of value attached to them, so whether you plan on spending a few hundred bucks or several grand, you will need to come up with a realistic purchase budget and stick to it.

Like with people who buy modern cars, classic car buyers sometimes fall into the trap of spending more than they budgeted for because they had to buy a certain car! If the deal is not to your advantage, walk away from it; its that simple.

Chances are if the seller is desperate to get rid of the car, they will come back to you and accept your offer!

Should you be buying a classic car as an investment, then you should seek out cars that you can confirm as having original parts. In many cases a car that has the original motor, body panels and interior trim is going to be worth more than a car that has bits from other donor cars!

Obviously you will need to have a valid driving license if you plan to drive your restored car out on the road. If you dont have one anymore but you used to, then you may need to obtain an SR22 before you can get back on the road. It is worth taking into account SR22 insurance costs as part of your initial budget.

One of the things about owning a classic car is that you are going to have to get your hands dirty and do some (or most) of the work yourself, unless you are wealthy enough to get a specialist mechanic to restore the car for you.

The Key to a Brand New Peugeot

BBuying a Car
This article gives practical tips for those who are in the market to buy a new car.
BBuying a Car
If you do not have money to buy a brand new Porsche, why don't you get a used one?
BBuying a Car
This should be pretty obvious to be honest, but sometimes in the heat of negotiation people can forget, so Ill put it here anyway. Whoever speaks first is likely to give the first price. 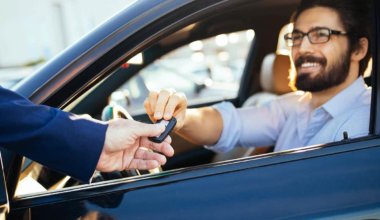 Read More
BBuying a Car
Table of Contents Hide How To Buy A Used Car In California- Why Used CarsHow To Buy A…
BBuying a Car
Find out how you can get the fairest car valuation for your second hand motor.
BBuying a Car
Read the article to learn how to avoid online car buying fraud which is so common these days.